Mindset of A Writer who Must Owned

So far it was calculated that, the article has been read by thousands of people. And now, I want to replenish the rubric this posting mindset of a writer.

I think, how important a writer to have a mindset that is fantastic. And avoid also some of the thought patterns that don’t deserve to have be a writer.

What is that mindset?

If I simplify, this mindset is the way a person thinks.

When he thought, was formed in his mind a kind of pattern that is associated with the actions, beliefs, or feelings. And whether the future way of thinking; obsessive, critical, optimistic, or pessimistic.

Well, this mindset determine the success of an author. Therefore, the mindset is closely related to attitudes and behavior.

Not for a writer the actual course, of course mindset can affect anyone.

However, one thing is for sure and we need to take note of is; sometimes this mindset can help us thrive or even detrimental.

Type of mindset a writer must owned

Let’s get to the core of the discussion.

Below I will explain some of the type of mindset that mandatory owned by a writer.

When working through the world of writing, we will find two of the response from readers; praise and criticism.

Time when the work we praised then make it as a challenge that, we must make the work of the same will invite compliments. That is, maintain or make work better again.

But, when criticized? Moreover, the beginning or the paper we dragged jelekin the same readers, what we need to do?

Is think open. Said yes and invited criticism of the entrance.

First, the time of the beginning of my foray in the world of writing, so many who mock my book. Start from writing a disheveled, the words do not correspond PUEBI, and others.

However, one thing that I emphasize in my self that time, is to think open.

I mean, I am open and aware of that, my works are said to be good at it. Because, a new career in the world of literacy.

And, as I seriously involved in the world of writing, say it write in this medium-it, read a lot, a lot of discussion, I then assess that, it turns out that there will be times people scorned and many praised his work.

The key one; think open.

Open to continued learning. Open to the experiment continued in the field that we like. Later, the result will be visible.

Need I say that, specialists each author’s many forms.

For the author who take part in online media, which is the main focus of opinion writing, plus like to discuss world politics, critical thinking that is necessary.

Including the author of the novel who like to insert the politics in the story that he composed, it is necessary also to think critically, like Tere Liye, for example.

The common thread of critical thinking is, every author, whether specialist in the field of that anywhere, must have a mind that is critical.

To be honest, I still observe the development of my writing about the salary of an author of the novel.

Until now, readers still continues to flow. And it proves that, how keponya people against the income of a the author of the novel.

Well for you who love to write novels, I think, need to really think realistically. That, during the novel you are still published through publishers for free, and then for the novel you’re not sold, then the money obtained would not be so many as well.

Then, during the writing you still appreciated 20 thousand rupiah, during the article writing services are still paid 600 words of only 10,000, never able to feel “enough” of writing.

Think realistic that, if the writing you through to the online media every once a week and get paid 650.000 kayak in Seconds, it may be said enough for everyday life.

If the book you guys in a week sold several million copies kayak Andrea Hirata, yes you can get rich.

Dream to be a great writer or rich indeed necessary. But, come on, realistic course. A long way to get to that point.

Has a growth mindset

Writers who have a fixed mind is usually busy prove the greatness of him. Defensive if his work was criticized. She always wanted to become a spotlight in any media. His opinion always feel the most okay.

However, the author of which has a pattern of thought developed, quite the contrary. He did not always feel it is important to show his prowess. He wrote only to do something to his liking. That’s it.

If you already have a mindset to flourish while working?

Mindset of a perfectionist

READ ALSO :  5 Romance Story for Novel Idea and How to Make it

He never forgot the editing process after the write. That’s the simple understanding of the mindset of a perfectionist.

There are less good when read, delete. There is a need to add, yeah add.

Type of mindset of a writer that need to be avoided

For novice writers, sometimes there is a period in which they are afraid to continue her career in the world of writing. Fear was always terrorize her and so want to just stop doing the activity of writing.

Say lah travel himself in writing is not seen well developed. His writings gitu-gitu aja. Sometimes insucre read the writing of other writers, his writing is that good.

Teruuus feel afraid, but his journey has not been as good as other writers.

This is the mindset that must be avoided.

In fact, there are many ways one can make himself happy despite being rejected online media and major publishers. Say is there is a solution, though.

Such as, when rejected online media, send it to local media or unloading personal blog. Or when the manuscript of the novel was rejected publisher, publish it through an indie publisher.

That mindset, dependence on others

Maybe if joined with the media the author Garut, I will be accepted. My writing will be published.

Then how about you make your own media course? And make it a media you guys be great. Even bigger than the media.

So, that’s some of the thought patterns that must be owned by an author. 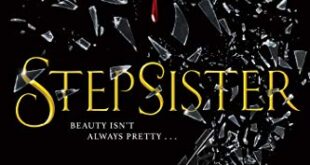